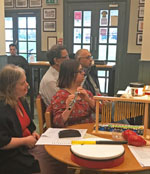 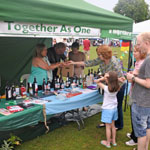 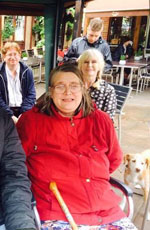 It's people who make TAO work so well but we couldn't do it without generous funding from our supporters.

We've had support from all sorts of people, eg those donating to or buying from our pop-up shops. Here are some of our most important supporters so far:

2010 also saw a kind donation from the Twickenham Rotary Club

These enabled us to pay for rent of the premises at the United Reformed Church for the year.  These were our first grants and incredibly important as they enabled the group to get established.

Clearly we needed to build on this good start, and funding will be a challenge every year while we do not have permanent premises.

In 2011 we were very fortunate indeed to secure firstly a sizeable grant from the St Margaret’s Fair Committee which kept us going.

This was followed by a generous donation from The Rotary Club of Kew Gardens.

In 2016 we received a generous grant from The Rugby Football Union for group activities.

We also got an equally generous grant from The National Physics Laboratory.

We received a substantial grant from Hampton Fuel Allotment Charity.

Since late 2016 we have received regular weekly donations of surplus food from Tesco in Twickenham. This has made a real difference to some of our service users.

In April 2018 we received a £1,000 grant from Kew Village Market for music therapy with the Otakar Kraus music charity.

TAO is extremely grateful to these wonderful organisations, which do so much good for our community.

Our grateful thanks also to: